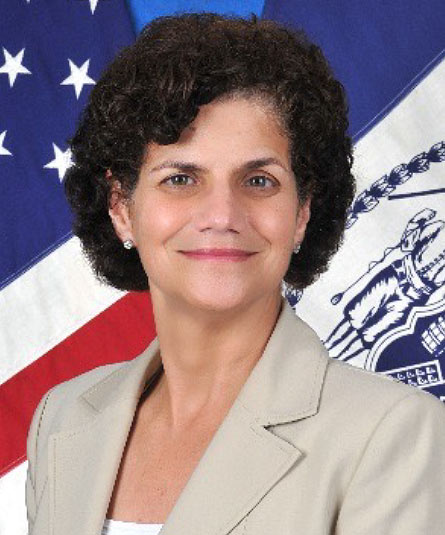 Deputy Commissioner of Trials Rosemarie Maldonado began her legal career in 1982 as an Assistant Corporation Counsel for the City of New York.  In 1985, she became Deputy Executive Director of the Mayor’s Commission on Hispanic Concerns, analyzing policies and programs administered by municipal agencies to ensure Hispanic access to City programs.  Thereafter she continued to serve New York City in the Office of the Mayor developing and supporting City initiatives in the areas of immigration, community relations and agency operations.  As Chief Administrative Law Judge for the New York City Human Rights Commission from 1990 to 1997, she was responsible for adjudicating discrimination complaints in employment, housing and public accommodations.  In 1997, Commissioner Maldonado became an administrative law judge for the New York City Office of Administrative Trials and Hearings where she conducted public employee disciplinary hearings.  Prior to joining the Department in 2014, she served as Assistant Vice President and Counsel at John Jay College of Criminal Justice.  Commissioner Maldonado holds a Bachelor of Arts degree, cum laude, in Psychology from Yale University and a Juris Doctor from the University of Pennsylvania School of Law.  Deputy Commissioner Maldonado was married for over 30 years and is the proud mother of two adult kids who continue the family tradition of public service.