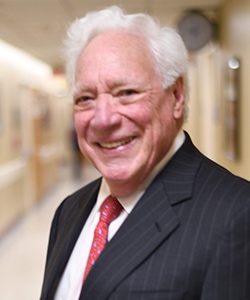 Richard Corash is a Staten Island attorney whose practice areas include Real Estate Law, Business Organizations, Business & Commercial Law, and Wills and Estate Administration and Probate.  Mr. Corash is also a Certified Mediator.  A 1959 graduate of Harpur College SUNY Binghamton, he received his J.D. from Rutgers University in 1963 and an M.L. from Brooklyn Law School in 1966.  He is admitted to practice in the State of New York, the District of Columbia and the United States Supreme Court.

Corash is an active member of the Richmond County Bar Association.  Since 1985, Corash has served as Grievance Committee Chairman and Member.  For the past 15 years he has been appointed as Commercial and Construction Arbitrator for the American Arbitration Association. He has been recognized in Who’s Who in American Law and is a member of the New York State Bar Association.  In 2003, he was the recipient of Richmond County Bar Association’s Meritorious Service Award for 18 years of service as chairman of its Grievance Committee and is a Board Member Staten Island Economic Development Corporation.