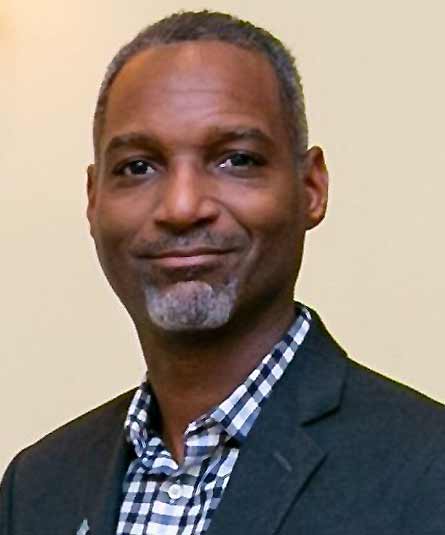 David McGoy grew up in West Brighton Houses, attended P.S. 18, I.S. 27, and graduated from Staten Island Academy High School before his family relocated to Delaware. After attending Howard University and spending several years in commercial banking, he moved back to Staten Island and began his career as nonprofit professional, working in direct service, administration, and ultimately, nonprofit management. As a program assistant for the Medical and Health Research Association of NYC (now Public Health Solutions), he worked on the All Kids Count project that established the city’s first registry and database of immunization records. Always passionate about youth development, he worked at the Brooklyn College Educational Talent Search Program, which provides college access support for low-income, first-generation college students, and co-founded two youth serving nonprofits: Power Moves, Inc., and LTS, a sports-based youth development organization that was part of a national coach-mentoring initiative funded by the U.S. Department of Justice.

David’s work in nonprofit fundraising began as a freelance grant writer in 2003. He worked as a full-time development professional for several years before launching an independent grant writing consultancy in 2009. He established ASSIST Development Consulting, LLC, in 2015, and has since provided fundraising consulting, coaching and strategic support for nonprofit CEOs, Development Directors, and board members for nonprofits in New York City, Newark, NJ, Washington, DC, Boston, and Atlanta and has provided training to professionals across the country. As an affiliate consultant at Cause Effective, he leads efforts to promote racial equity in nonprofit leadership, contributing to the groundbreaking report “Money Power, and Race: The Lived Experiences of Fundraisers of Color” in 2018.

David is currently the Director of Governance and Board Placement at the Robin Hood Foundation, where he provides governance training, consulting Robin Hood’s portfolio of more than 300 grantees. HE also teaches grant writing to graduate students as an adjunct professor at Adelphi University. He lives in the Snug Harbor area with Pardeice, his wife of 25 years, and their children Kayla (23) and Miles (17), who were both born at RUMC.