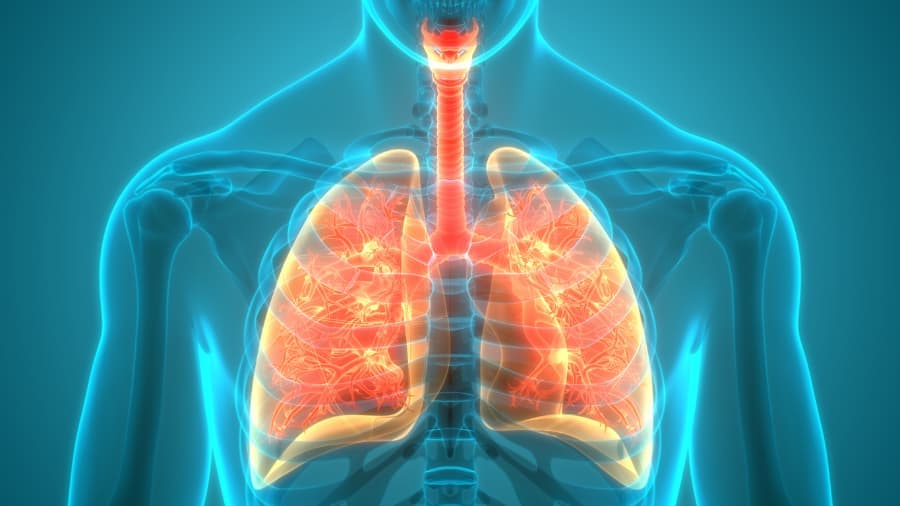 The respiratory system transports oxygenated blood throughout your body, which supports many of the body’s most basic functions. Unfortunately, many forms of lung disease can affect the respiratory system, with some even leading to recurring issues. At Richmond University Medical Center, our physicians treat the many forms of lung disease. Let us discuss more about these conditions and how they develop in the different regions of the lungs.

Because the lungs are several parts rather than one large organ, there are many different ways lung disease can develop, depending on which part is affected.

The trachea transports fresh air to the bronchi, which are airways that feed oxygen to the lungs. One of the more common lung diseases causing inflammation in the trachea is asthma, an allergic reaction or immune response to an infection that restricts breathing. This part of the respiratory system is also prone to viral infections, like bronchitis, which leads to inflamed bronchial tubes, chest congestion, and shortness of breath.

The alveoli make up most of the lungs’ tissue and are responsible for introducing fresh oxygen to the bloodstream when inhaling, as well as purging the body of carbon dioxide when you exhale. Here, pneumonia can present as either a viral or bacterial infection, causing these small air sacs to fill with pus or fluid. This makes it difficult to breathe and reduces the amount of oxygen that enters the bloodstream. Emphysema, which is often caused by smoking, is another lung disease that causes the connective tissue between alveoli to break, making them less effective at transferring oxygen.

The interstitium is the connective tissue that supports the respiratory system. It joins the alveolar epithelium, basement membrane, pulmonary capillary endothelium, and perivascular and perilymphatic tissues. These tissues are broken into three zones, including axial, parenchymal, and peripheral. When tissue is damaged, the gas exchange that takes place amongst the alveoli and the blood vessels is diminished. Like the alveoli, bacterial or viral pneumonia can attack the interstitium and cause lung disease.

Each lung has its own pleural membrane, which lines the inside of the chest wall. Together with pleural liquid, which lubricates to reduce friction during respiration, the pleura allows the lungs to easily slide along the chest wall as you inhale and exhale. When excessive amounts of fluid gather in this space, the result could be a pleural effusion, which makes breathing difficult and is often caused by pneumonia. Meanwhile, mesothelioma is a rare form of lung cancer that develops on the pleura as a result of contact with asbestos. Other forms of cancer can affect the pleurae, such as the carcinogens from cigarette smoke.

The chest wall is a combination of your ribs, muscles, and connective tissue that allows your chest to expand on an inhale and contract on an exhale. In some cases, obesity has been linked to breathing problems specific to the chest wall, especially when there is not enough expansion. There are also neuromuscular disorders, like ALS, that affect the muscles in the chest wall.

For more information on lung diseases and how they develop, contact Richmond University Medical Center today.