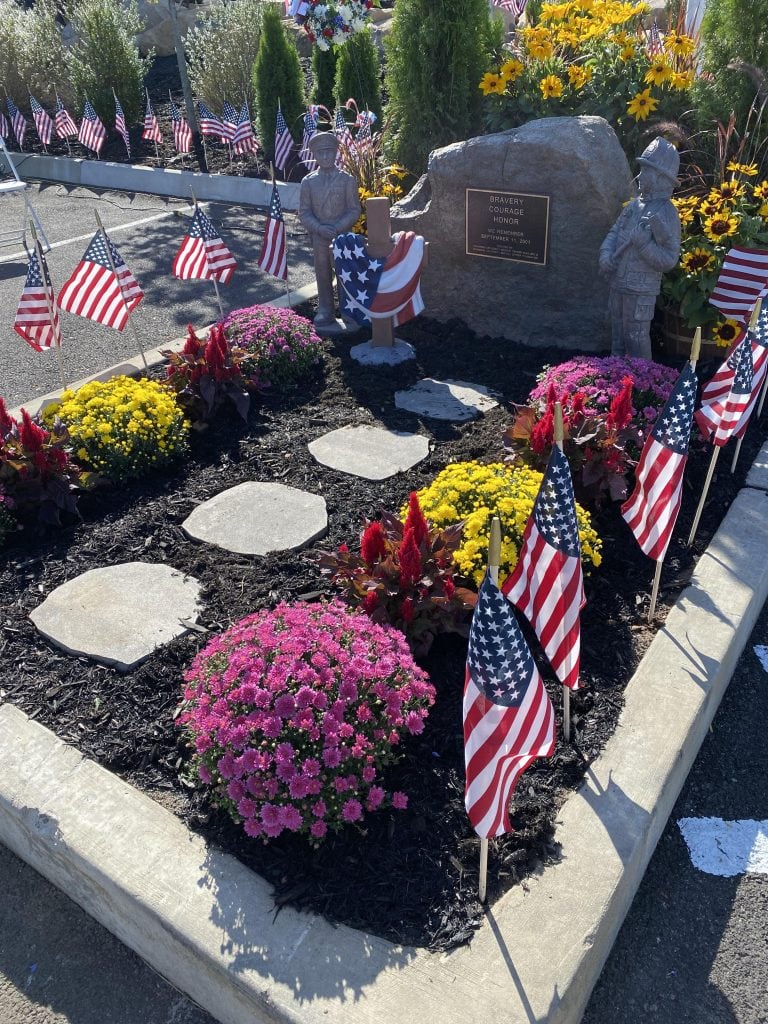 September 10, 2021 – Richmond University Medical Center paid tribute to the victims of the attacks on September 11, 2001 with a ceremony in front of the hospital’s 9/11 memorial. Hospital staff, NYPD, FDNY, and community leaders participated along with over 100 members from various chapters of the Blue Knights law enforcement motorcycle organization and Rolling Thunder military veterans motorcycle. The members from both organizations represented chapters from across all five boroughs of New York City and various chapters from throughout New Jersey. The ceremony included tributes, a moment of silence, and reflections from First Responders who participated in the rescue operations 20 years ago as well as many who wanted to share their thoughts and memories of that day 20 years ago.

“It was a picture perfect sunny morning with blue skies and warm temperatures here in New York City, in Washington DC and in Shanksville, Pennsylvania,” RUMC President and Chief Executive Officer, Daniel J. Messina, PhD, FACHE, said. “Soon those skies would be covered in grey smoke and ash. The warm temperatures would do nothing to soothe the chill that now ran through all of us as we struggled to comprehend the unimaginable. In a matter of hours almost 3,000 sons, daughters, mothers, fathers, grandparents, relatives, and friends were gone, 275 of them with ties to Staten Island. As the morning became the afternoon and the afternoon turned into the evening, for many of us, the chill we felt earlier became something else. It became sorrow, it became anger, it became resolve. Resolve to support one another, to defend our freedoms, to rebuild our beloved city, and to ensure that the events of September 11, 2001 are never forgotten.”

In attendance were also many representatives of local veterans groups, and active members of the FDNY, NYPD and EMS. Around the hospital’s memorial were nearly 300 American flags, one for each person lost on September 11, 2001 with ties to Staten Island.

Richmond University Medical Center (RUMC), is a not-for-profit healthcare provider serving the ethnically diverse community of Staten Island and its neighbors. We provide premier-quality patient care through a full spectrum of emergent, acute, primary, behavioral health and educational services. We do this in an environment that promotes the highest satisfaction among patients, families, physicians and staff. For more information call 1-718-818-1234 or visit www.rumcsi.org. Follow us on Facebook, Instagram, LinkedIn, and Twitter.

Prostate Health: When to Get Your First Screening Richmond University Medical Center Remembers September 11, 2001 Understanding the Different Types of Gynecological Cancer Critical Care Trifecta: RUMC Earns National Accreditations for Advanced Cardiac and Stroke Care. Hospital Recognized by American Heart Association/American Stroke Association, and The Joint Commission How to Manage Pain Without the Use of Medication New RUMC App Lets Everyone Schedule COVID-19 Vaccination Appointments Faster Staten Island Native Takes the Helm as Head of Oncology at Richmond University Medical Center When to See a Neurosurgeon Why is it Important to be Up-to-Date on Immunizations? Understanding What Causes Lung Disease