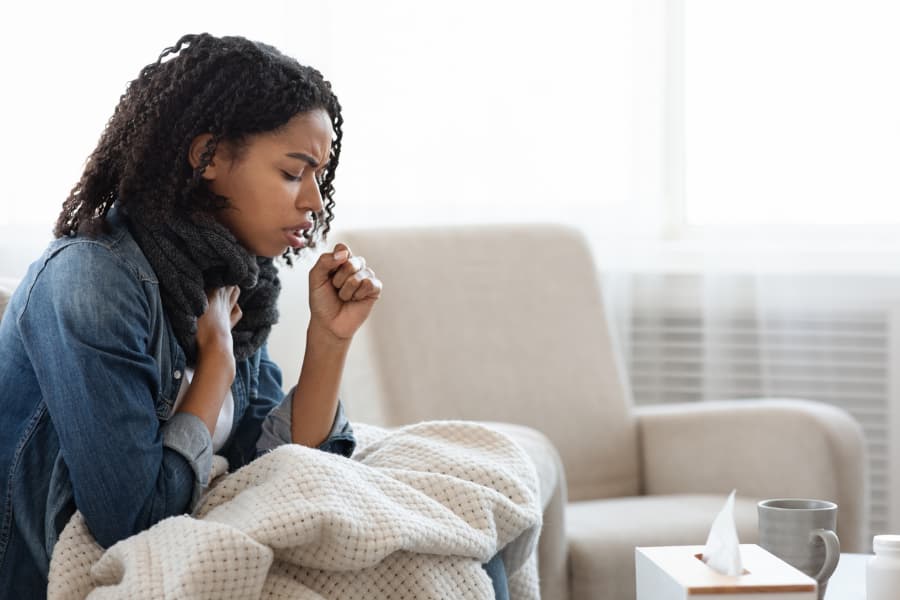 With complications such as respiratory infections, heart problems, lung cancer, high blood pressure, and depression, it is important to educate yourself on the early signs of chronic obstructive pulmonary disease (COPD). COPD refers to a group of diseases that cause airflow blockage and breathing-related problems, including emphysema and chronic bronchitis. Because millions of Americans experience breathing problems due to these conditions, Richmond University Medical Center hopes to spread COPD awareness by helping you identify six early signs and symptoms of COPD.

A persistent, or chronic, cough is often one of the first symptoms of COPD. A person may experience a chesty cough that does not go away on its own. Doctors generally consider a cough that lasts for longer than two months to be chronic.

Producing too much mucus can also be an early symptom of COPD. Mucus is essential for keeping the airways moist, and it also captures germs and irritants that get into the lungs. When a person inhales an irritant, their body produces more mucus, which can lead to coughing.

Fatigue is one of the most common symptoms of COPD, especially as the disease progresses. A person with COPD needs to exert extra effort to breathe. This exertion can result in lower energy levels and feeling tired all the time. When a person is feeling tired, they may limit their activities, which over time can lead to decreased stamina and the body losing its conditioning. The more unconditioned a person becomes, the more fatigued they may feel even doing simple tasks.

When you exhale and the air is forced through narrow or obstructed air passages in the lungs, you may hear a whistling or musical sound, called wheezing. In people with COPD, it is most often caused by excess mucus obstructing the airways. This is in conjunction with muscular tightening that further narrows the airways.

Because their lungs are not functioning normally, people with COPD are more likely to experience chest infections, including:

Understanding a Breast MRI and What It Shows Signs and Symptoms of Male Breast Cancer: When to Talk to Your Physician Health Department Announces New Details of Monkeypox Vaccine Strategy How Reverse Shoulder Replacement Differs From Traditional Replacement Surgery Supplements and Vitamins to Help Improve Heart Health Mount Sinai Health System officially integrates with Richmond University Medical Center Understanding the Pros and Cons of Reverse Shoulder Replacement Why You Should Not Delay Torn ACL Treatment Male Breast Cancer: Why Men Should Perform a Self-Exam Colon Cancer Symptoms You Could Be Missing