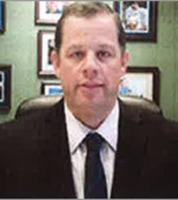 Vincent Theurer, President & CEO, Approved Oil Company, began his journey in the oil business at 10 years old, when his father taught him the basics after school and on weekends, allowing him to develop a mastery of boiler/burner mechanics, equipment repair and installation, and the general structure of heating systems.  When finally old enough to drive, he moved on to oil delivery, rounding out his self-education by developing a keen knowledge of New York City logistics and routing.  By the time he turned 18, Vincent had taken over the daily operations of the family business and was off to the races.

From that auspicious beginning, Vincent has serially grown the business, making his first acquisition of a competitor at the age of 20.  Since that time, Vincent has acquired 10 more entities, firmly establishing Approved Oil as one of the largest heating oil and service companies in the Metropolitan New York City area.  Serving as the company’s President and CEO, Vincent spearheaded the rollout of both Approved Wholesale Group and Approved Energy, transitioning the company into a premier full-service energy provider across the New York, New Jersey and Maryland markets.

Recognized as a leader amongst his peers, Vincent’s talents are not limited to his daily business operations.  He is currently Vice President of The New York State Energy Coalition and has served as both Director and President of the New York Oil Heating Association. As Director of the ESPA board, Vincent plays a key role on the labor negotiating committee, negotiating on behalf of all companies belonging to the Local 553 union. Vincent is also a trustee to the Local 553 union pension and deferred compensation fund.

An avid philanthropist, Vincent gives back to his local community.  He has been granted an honorary alumni award at three NYC private schools and Wagner College, and serves as a board member for each of Bay Ridge Preparatory School, The Child School on Roosevelt Island, and ECHO (Emergency Children’s Help Organization).

In all his accomplishments, Vincent has the support of his loving wife and four boys, and was recently blessed with his first grandchild, Isabella Marie.  He provides the same dedication at home as he does in business, playing an active role in his children’s education and with their myriad sports teams.